I’m lost, confused and disillusioned. Nothing makes sense to me about God or religion anymore. These days, I find myself questioning the very values and belief system that was once at the core of my existence. 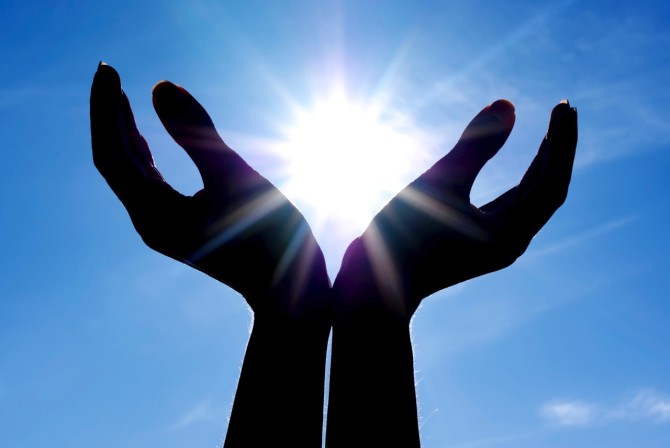 I’ve reached a crossroad in my life and now I sit on the fence when it comes to my faith. I’m probably more of a doubter than a believer and more agnostic than an atheist. I’m plagued by guilt and fear of going to hell (and my hair can’t stand the heat)! It’s the one principle stopping me from being more definitive about my opinion on whether God exists or not.

I was raised a Catholic, attended church every Sunday, prayed most nights (to be a supermodel – never happened) and was surrounded by a devoutly Christian family. But the world, the people I’ve immersed myself with and personal experiences has taught me more about how to live a loving, positive life than the dogma that dominated my upbringing.

Sadly, religion doesn’t always unite people. In a lot of instances, religious conviction divides families, communities, even nations around the world (more than a soccer game in the UEFA league). We witness every night on television the effects of hatred caused by extremist beliefs. Who’s to say one religion is more ‘right’ or ‘better’ than the other. At the end of the day, whatever floats your boat. But faith could be the biggest bunch of bollocks ever, up there with the Kardashians and Donald Trump.

Every religion has elements of brainwashing or a cult like hold over its members. The moment you lose your right to freedom of choice as a result of religious persuasion is a violation to human rights. Life throws curve balls at you every day, therefore every individual has the right to make rational and logical decisions based on their own circumstance as oppose to the teachings of systematic indoctrination. Let’s face it, “the world don’t move to the beat of just one drum. What might be right for you, may not be right for some”. 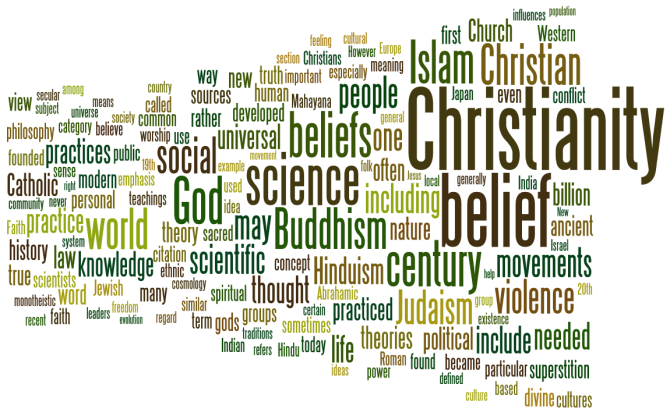 I’ve learned to keep an open mind, not to judge people based on whether they’re Muslim, Jewish, Christian, Scientologists, Pastafarians, Collingwood supporters etc It’s not your beliefs that make you a good person, it’s your actions and behaviour. You can go to church, a mosque, synagogue or temple as often as you like; read the Bible, the Torah or the Quran daily, but it doesn’t mean you’re more righteous or virtuous than a person who attends the footy every weekend. My theory is, how you’ve inspired and encouraged those around you, your integrity, kindness, generosity, patience, understanding and the love you’ve demonstrated will have a huge impact on others, and consequently will be your lasting legacy. Ultimately, it’s how you respect and treat people that matters.

12 thoughts on “Losing My Religion”