The road is long, with many a winding turn1. No, I won’t lead you astray with a rocking rendition of “He Ain’t Heavy, He’s My Brother”. However, it’s a phrase that best sums up the spectacular Great Ocean Road that contours the south west coastline of Victoria. As you cruise along this iconic motorway, you’ll be captivated by the majestic beauty of some of Australia’s most picturesque shorelines.

No matter how many times you travel along this roadway, you can’t help but be awestruck by the amazing scenery. For anyone visiting Melbourne, this journey is a must on the bucket list! It’s a 243km (151mi) stretch of road2 with more twists and turns than an Agatha Christie mystery. Beginning at the Victorian city of Torquay (just over an hour outside of Melbourne), the Great Ocean Road snakes its way through the charming coastal towns of Anglesea, Airey’s Inlet, Lorne, through to Apollo Bay, Port Campbell and finally ending at Allansford, close to Warnambool3. 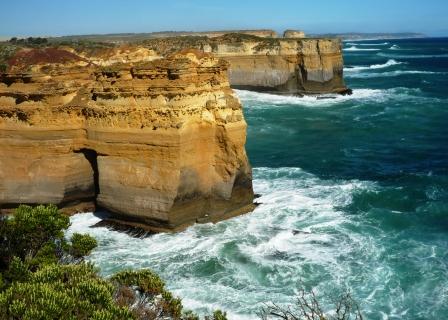 This is a full day road trip and has got to be one of Australia’s top tourist experiences. If you’re an eager beaver, start the journey early to appreciate the panoramic views, the smattering of observation lookouts and popular tourist landmarks dotted along the way. However, for something more leisurely, stay a few nights at Anglesea, Lorne or ApolloBay, to take in the tranquil, laid back atmosphere of Victoria’s southern coastal region. There is a variety of accommodation on offer, ranging from hotels, motels, to holiday homes, ideal for singles, couples to large groups alike, with options to suit any budget.

The stunning vistas along The Great Ocean Road are characterised by vivid landscapes and contrasting backdrops, from surf beaches with monster waves crashing against the limestone cliffs, to the stillness and serenity of the surrounding mountain ranges. You’ll wind your way past lush rainforests as the motorway navigates its way through the rolling hills of the GreatOtwayNational Park.

Above all, you can’t traverse across The Great Ocean Road without stopping at the tourist attractions listed below. These are by far the highlights of the journey and what I consider unique gems of Australia.

The 12 Apostles – is roughly a 4 hour drive from Melbourne4. These massive, 45 metre high, limestone rock formations5 stand stoically, just off the edge of the shoreline. They appear to rise up from the ocean and have been shaped and sculpted by years of erosion. I’ve fondly named each one Hendrix, Springsteen, Lennon, Elton, Elvis, Jagger, Bono, Madonna, Jackson, Lady Gaga & Beyonce! 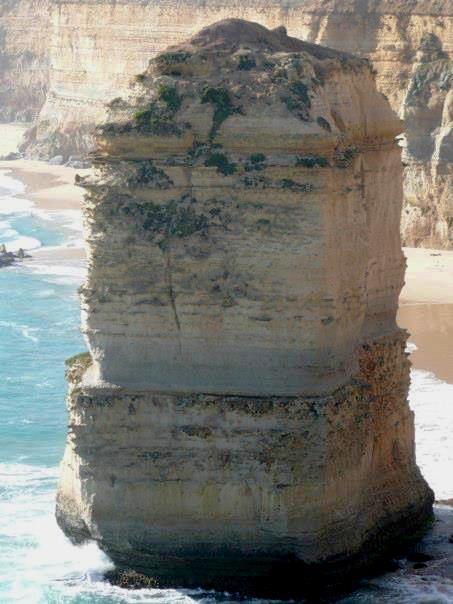 The 12 Apostles (approximately 45 metres in height) 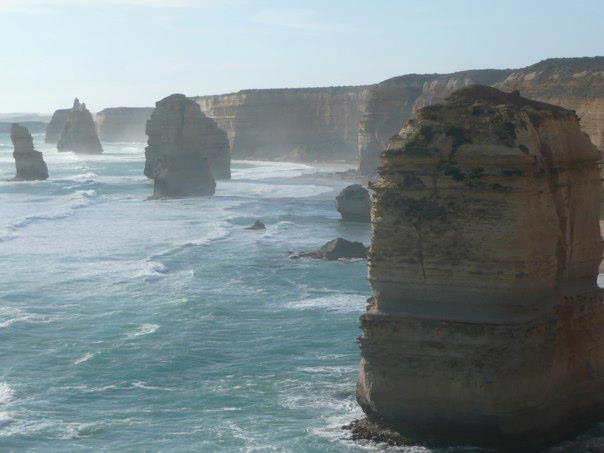 London Bridge – was once shaped like a bridge, hence its name. It was connected to the mainland where visitors could walk across its full span. But it gained notoriety in 1990 when the archway collapsed, leaving two tourists stranded on the outer part until they were rescued by a helicopter6. 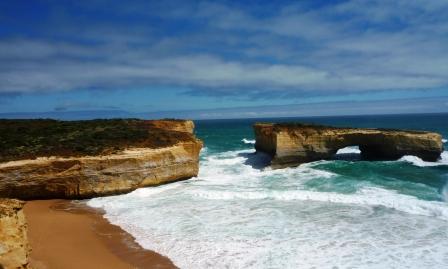 The Arch – This is a naturally sculpted bridge, or arch, and stands 8 metres in height7. You can view this attraction from a sealed walkway that leads to a viewing platform. 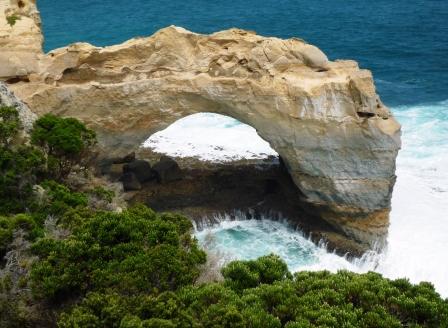 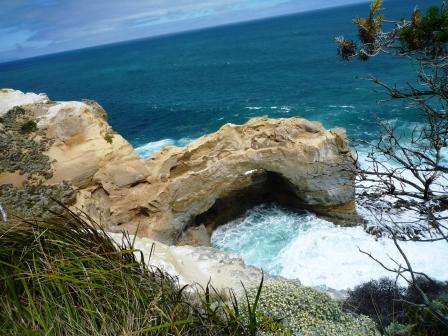 Loch Ard Gorge (& The Blowhole) – this is a site of historical significance. In 1878, the sailing boat, Loch Ard Gorge, ran aground and only two of its 54 passengers survived8. It was at this location that the two survivors were washed ashore, one of whom climbed the cliffs surrounding the gorge to find help. Within the gorge is a cavern known as The Blowhole. This cave is a tunnel that extends 100 metres inland that produces thunderous roars as waves crash through9.

Entrance to The Gorge & The Blowhole (on the right)

The Grotto – again, the constant cycle of erosion has helped permeate and hollow out the limestone which in turn has formed a cavern framed by an archway10. There are steps that descend down towards a viewing platform that allows you to get close to the base of the Grotto. 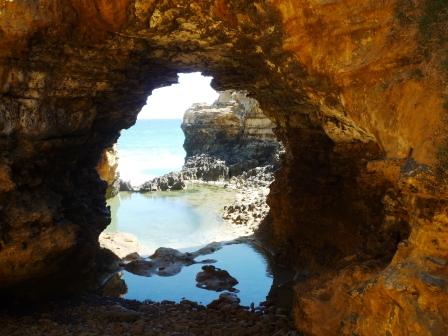 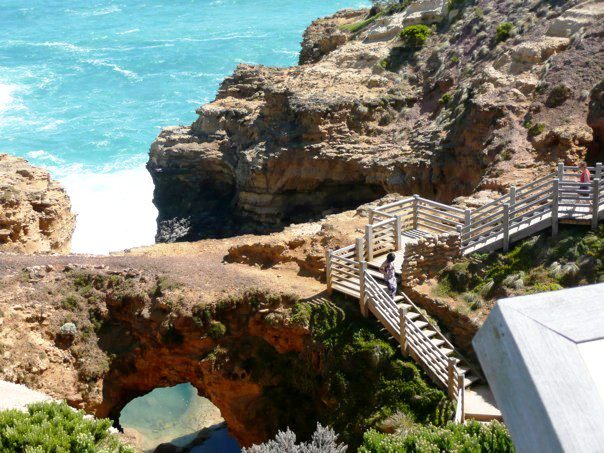 The Razorback – the name came about due to its jagged edges that run along the peak of this rock stack. It’s characterised by deep rough grooves caused by constant wave action and salt laden wind11. 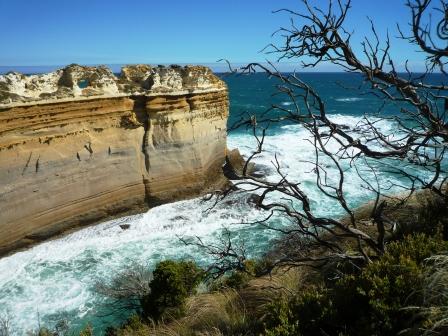 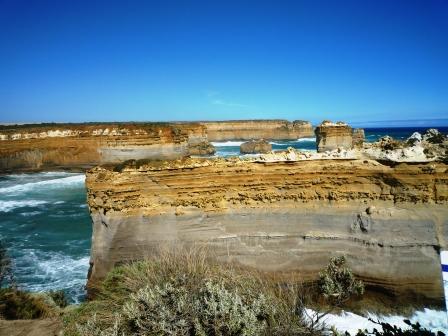 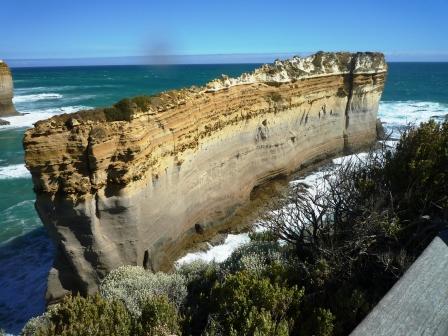 The Great Ocean Road is long and winding, as much as it is spectacular. The impressive coastal views will leaveyou mesmerized. “On the road again, I can’t wait to get on the road again” 12.

He Ain’t Heavy, He’s My Brother

On The Road Again

Leave a Reply to THE VIBE 101 Cancel reply